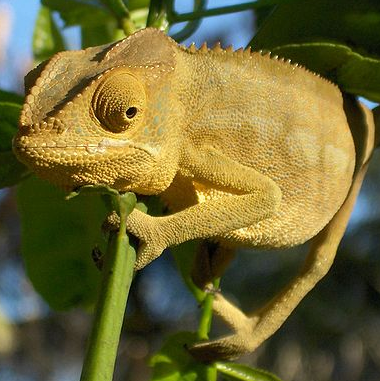 The chameleon is a herald of eternal life in many Bantu mythologies.

Image: I, LyWashu, the copyright holder of this work, hereby publish it under the following license, This file is licensed under the Creative Commons Attribution Share Alike 3.0 unported license

Where's Bantu Located in the Library? "While Bantu religion has many diversities ... its most widespread features are the following: a great concern for ancestral spirits, who constitute the principle guardians of morality (so that some would describe its predominant characteristic as 'ancestralism'), a fear of witchcraft and a belief in one supreme God who, while seldom fairly described as otiose, is hardly ever the recipient of much public worship."

Life in a Bantu Village