The Atlanta University Center has been a Federal Depository Library since 1962. This program, administered by the Government Publishing Office, allows libraries to obtain federal government publications while agreeing to maintain the collection.

The Atlanta University Center Robert W. Woodruff Library is closed to the public from March 19 - May 30, 2020.  We will provide online teaching and research support during this time.  All events have been postponed.  Please visit https://www.auctr.edu/exhibits/coronavirus/ for complete information. Thank you.
As your subject librarian, I am still available for your research needs. All faculty and students are welcome to contact me anytime via email at: jmcrae@auctr.edu. Thank you and stay safe.

A Voting Rights Chronology: 1870 to the Present

1905 The Niagara Movement is born

1957 President Dwight Eisenhower signs the Civil Rights Act of 1957, primarily to protect voting rights by establishing a Civil Rights Division within the Justice Department and a U. S. Civil Rights Commission to investigate cases of denial of civil rights.

1964 Poll taxes are outlawed in federal elections after passing of 24th Amendment to the Constitution. Civil Rights workers, James E. Chaney, Michael Schwerner and Andrew Goodman are murdered while helping with voter registration in Mississippi.

1965 Voter registration drive, led by Dr. Martin Luther King Jr., opens in Selma, Alabama and throughout the state.  50 mile march from Selma to Montgomery, Alabama contributes to the passing of the Voting Rights Act.

Summer Community Organization and Political Education Program founded by SCLC attempts to register Black voters in 50 counties within the South.

1971 Voting age is lowered to 18 after the passing of the 26th Amendment to the Constitution.

1982 Reverend Joseph Lowery of SCLC organizes a campaign retracing the march from Selma to Montgomery to prevent the Reagon Administration from making sweeping changes to major strides in the Voting Rights Act.d) 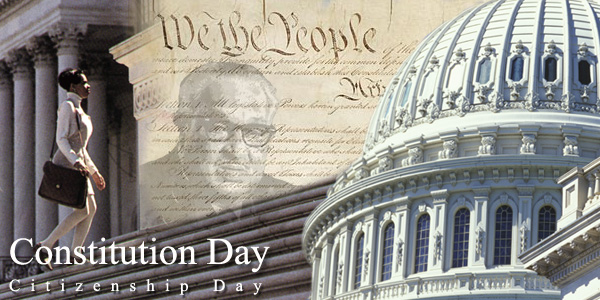 Essays on the Origin of the Constitution

GovBookTalk from the Government Publishing Office (GPO) highlights some of the best publications from the Federal Government, past and present. Below are a few of the recent topics:

Website This link opens in a new window Feed