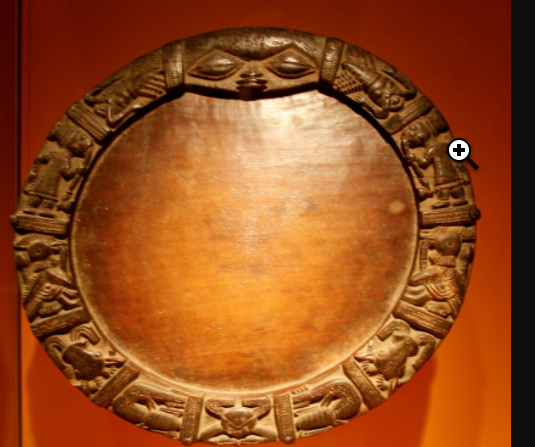 For serious problems, the Yoruba go to an ifa diviner to consult Orunmila, the god of fate. A numerical pattern is obtained and recorded on the divination board. The diviner then recites the verses related to the numerical pattern. The Yoruban [religion] divides the cosmos into Orun, the sky, and Aiye, the earth. In the sky dwells Olodumare, the High God, a number of associated deities (the Orishas), and the ancestors. Olodumare is seen as somewhat remote and difficult to approach; hence He is not the object of shrines, rituals or prayers. He is seen as the source of all and the creator of the first 16 human beings. However, in most creation narratives it is Orisha-Obatala who is credited with creating the earth and transferring the first humans to their new home. It is also believed that Orisa-Obatala began his acts of creation at Ile Ife. Hence Ile Ife is the center of all religious and spiritual power ... Obatala and Oduduwa are two primary Orishas within Yoruban cosmology ... Also important to the Yoruban system are the Egun... The role of various religious Priests and Priestesses in Yoruban society is to mediate between the people and the Orishas and ancestors.

What is Yoruba Epistemology?